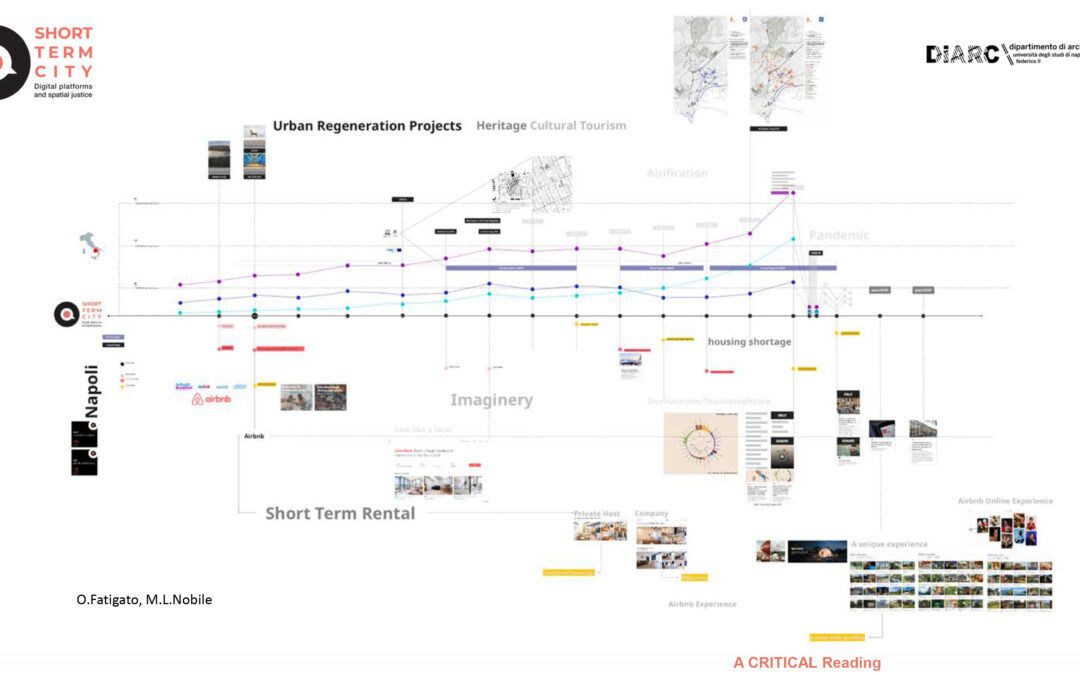 Abstract
The relationship between Naples and tourism is not just a recent theme. Although discontinuous over time, it has distant roots that are founded in the history of Western modernity. However, after the second World War and up until the 1990s, Naples was undoubtedly the Italian city that least explored its potential for modern tourism, both economically and culturally. In recent times the city of Naples has recently found itself facing the strongest increase in tourism ever recorded. The UNESCO proclamation of the Historic Centre of Naples as a World Heritage site (1995) delineated perimeter of Naples’ historic centre and its buffer zone identify areas of “exceptional” value within which to protect and enhance Naples’ historical-artistic heritage, at the same time, determines the strong focus of tourist attraction to these areas often compromises their preservation. Naples and particularly its historic centre today appear to be in a fragile balance between an endemic resistance of its specific characteristics and the strong transformative drives following the rationale of global markets of tourism.
The city seems to be a prisoner of different ‘momentums’ : on the one hand there is the slowness of the urban transformation processes, and on the other the acceleration of informal micro- transformations which, with the increased thrusts of tourism in recent years, have triggered “material” and “immaterial” changes to the city’s stratified and complex urban makeup, both physically and socially. The historic centre of the city is currently affected by various transformation processes which refer mainly to three issues: the redevelopment process of  UNESCO’s “Grande Progetto” with the planning of 29 project interventions on buildings and urban spaces in Naples’ historic centre; the “Regolamento delle Consulte” for the management of Common Goods merged into a series of procedures that regulate the civic uses of such structures, and finally – but no less important as an ongoing phenomenon – the urban transformations dictated by the strong increases in tourism over recent years, with a particular intensification of accommodations for tourist rental, placed on peer to peer platforms such as Airbnb, in the historical and stratified Neapolitan historical buildings, with a strong impact on the city, both in terms of use of the public spaces and on the effects on the increase of the rental value.
This last issue will be the focal point of our contribution, reflecting on the transformation derived by the tourism industry, and by the request out-of-control of short term rental accomodations in the UNESCO area. A reflection on the spatial and social relationships through the analysis of the imaginary of the city of Naples through a methodology that investigated how the image of the city and its spaces is generated by the use of social media. What is the impact of this multi-level digital ecosystem on the production of imaginary and simbolic transformation of the city? And what are the effect of the covid 19 crisis? These are some of the questions at the basis of our investigation held in the framework of the PRIN Short Term City (www.stcity.it).
Therefore, focusing on Naples historical centre as a case study, we would like to uncover critical issues and qualities that can be traced among the urban policies developed in the last 10 years. What projects and strategies can still be activated, starting from the reflections that arose at a global level in the post-pandemic era? And what possible perspectives for the future, also in function of a renewed idea of “habitability”, can be activated for the city’s historical heritage and its tourist accommodations?
In this sense this contribute represents a reflection on the effects and perspectives of the huge impact of the tourism on the historical ‘corpus’ of the ancient city, with a focus on the redevelopment and reactivation of the monumental complexes of the UNESCO area and on the necessity of intervening in it. Integrated projects with hybrid and incremental functions could be experimented for those monumental complexes that are still waiting for a new destinations of use, including possible new forms of hospitality connected to various emerging forms of urban tourism.